Revolution Going Down, in Clink Street

Revolution Going Down from richard miller.

30 years ago today, on 20 April 1986 (a Sunday), I met up with five fellow founder members of Pinetop’s Boogiemen at Studio Drive for a first rehearsal. Pete, the harp player, and I were school friends. We’d asked Rob, who’d been an integral member of an earlier band, to join our quest to form a new West side/South London Blues Band, and slowly we began to put a band together. Chris, an American studying in London had posted an ad in Melody Maker, which I responded to, using the payphone at Cranks Restaurant in Marshall Street, just behind Carnaby Street. 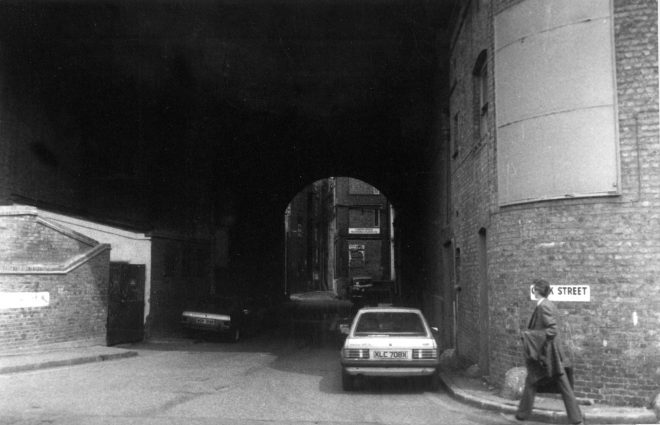 I had met Pinetop Perkins at Dingwalls in Camden in September 1985 and I told him of our plan for a new band. After a few minutes chatting, I jokingly said that I’d name the band after him. “Great Idea!” he said. The rest is history.

I chose Studio Drive as a rehearsal space on the basis of its location. A riverside warehouse, close to London Bridge and yards from the famous Anchor pub. What could be better?

Most of the Southbank, Bankside, and Pool of London had been in terminal decline since the closure of the London Docks. and the demise of industry generally along the Thames had generated a wonderful atmosphere of decay. Clink Street was completely unknown to most Greater Londoners and at weekends the area was all but deserted. 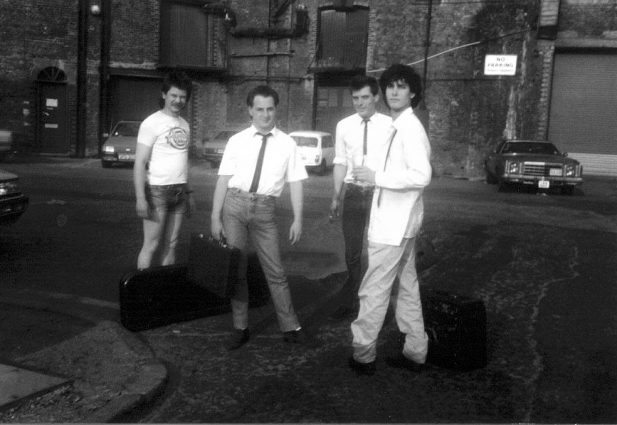 I hadn’t met drummer, Calumn Mackay or bassist Kev Siddall, until that first rehearsal. Calumn had answered my advert in the music press and I was immediately impressed when he said he’s been in a punk band. However, I was in Paris for the weekend when he auditioned, so I had to wait to meet him in person. Calumn and Kev had played in a previous band together, so the idea of getting two for one was a no brainer.

The first rehearsal was a bit of a whirlwind. The main body of songs was largely drawn from my own collection of blues music. Pete had one or two of his own favourites and Chris added Tore Down and Everybody Wants to Go to Heaven. Rehearsal went well and we finished up with a lunchtime beer at the Anchor before heading off to our homes. Three days later on Wednesday 23 April, Pinetop’s Boogiemen played their first gig.

Thirty years on from that first rehearsal and the band has released a new EP, Man On Earth today. I can’t claim to have had any influence on the music this time around. My input has been to produce and direct the video for Revolution Going Down, and to design the artwork for the release. 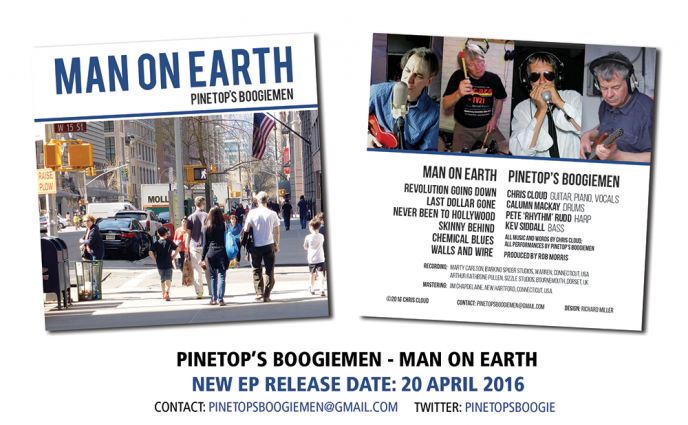 Filed under: Film and video, Music and Tagged: clink street, london bridge, Man on Earth, pinetop's boogiemen
← Previous Next →
We use cookies to improve your experience on this site. By viewing our pages you give us consent to use cookies.AcceptReject