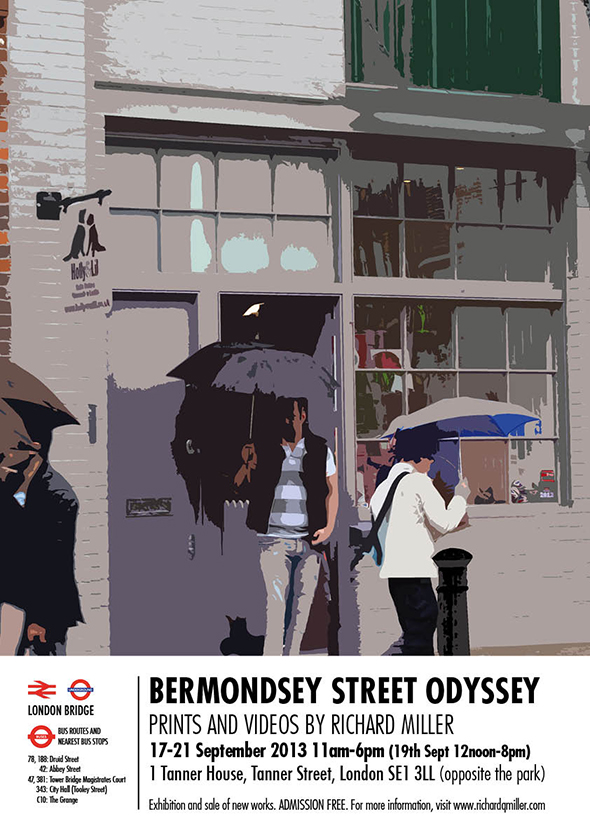 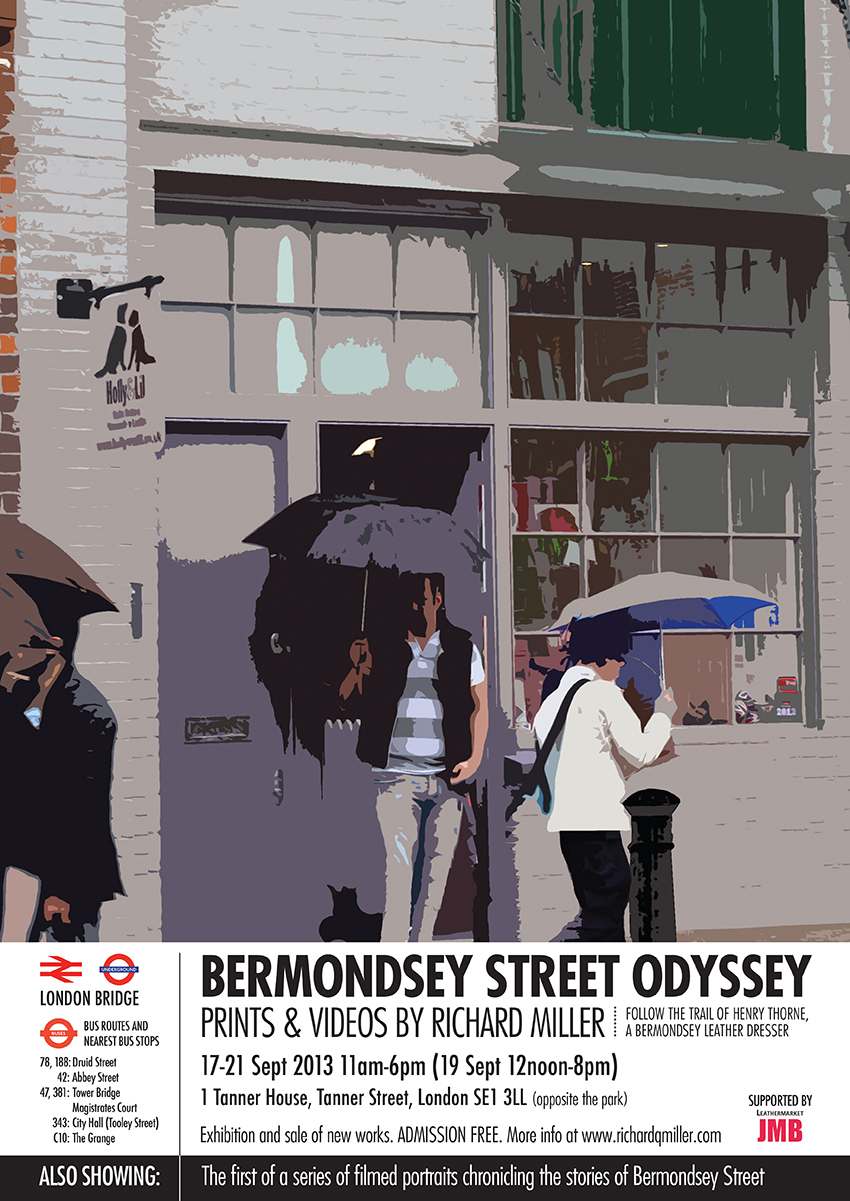 Running from 17-21st September 2013, the exhibition includes prints from 2012-13, videos of the area from 1988-89 together with some historical background stretching back several generations. A Bermondsey Street Odyssey spanning nearly 200 years.

In 2011, I came across an old photo of Bermondsey Street taken by Alfred Henry Bool in 1880 and it proved to be the inspiration for this project. For some time I’d wanted to do something about Bermondsey Street. My ancestors were leather dressers and many had lived in the area during the 19th century. If Bool’s photo had just been of the buildings in Bermondsey Street then it would have been interesting enough. However, his photo includes two shopkeepers peering out, a little girl in a doorway of another shop, and a gentleman in a top hat close behind. An ordinary moment in time on Bermondsey Street capturing people going about their daily business.

I moved to the area in 1988 and like anyone else who has been around during that time, I have seen a great change. Remembering how different the area can look during the year, I began taking photographs ‘capturing life as it passed by’, different seasons – whatever the weather.

A few years ago I would have printed my own photos in my own dark room, however, in 2013 and making full use of the digital age, I took my images onto my computer and transformed them over a period of several weeks to produce the prints which have formed the basis of the exhibition.

Bermondsey Street Odyssey 2012 -2013
Prints and videos by Richard Miller
The Leather dresser, the story of a Somerset glover, Henry Thorne who moved to Bermondsey in 1852

#55
A film by Amy Ryles and Jude Bliss

Pinterest
Filed under: News and Events
← Previous Next →
We use cookies on our website to give you the most relevant experience by remembering your preferences and repeat visits. By clicking “Accept All”, you consent to the use of ALL the cookies. However, you may visit "Cookie Settings" to provide a controlled consent.
Cookie SettingsAccept All
Manage consent