Menu
Browse: Home » 30 years on: remembering a battle on Bankside

30 years on: remembering a battle on Bankside

Just over 30 years ago, I moved to a flat in Tanner Street, just off Bermondsey Street. The area was pretty derelict, but being surrounded by industrial history with old leatherworks, food factories, and warehouses full to the brim of antiques, it was perfect for me. I could see Tower Bridge from my kitchen window, and with London Bridge, Southwark Cathedral and the George Inn all on my doorstep, I sometimes wondered what it might have been like to live in ‘Southwarke’ 400+ years ago.

When news broke that the site of the Rose Playhouse had been discovered, I became a frequent visitor to Park Street, not least because my cycle route to work took me that way. Soon, hundreds of people descended on the area, hoping to catch a glimpse of the stage as a team from the Museum of London fought a race against time to reveal and record as much as possible before property developer IMRY Merchant was due to start work on a new office block.

As the story unfolded, it soon became clear that the remains of the playhouse would not survive an argument with a bulldozer and the campaign to ‘Save the Rose’ was born. Benefitting from the support of many leading actors of the day, the campaign quickly gathered momentum and media interest from around the world ensured that the IMRY, English Heritage and the Thatcher government, were all kept on their toes.

On Sunday 14 May with the dig in its final day, the Rose’s future was still unresolved, and Phillip Henslowe’s playhouse seemed destined to disappear once again beneath a towering office block. Morning turned into afternoon and campaigners continued to arrive, determined to lever maximum pressure on all parties. It was apparent that this was going to be a day of great tension, and some campaigners were perfectly prepared to occupy the site to prevent developers from moving in.

I had decided the previous night that I would film the day’s events, so I arrived early, armed with my relatively basic and cumbersome VHS camcorder. I shot as much footage as I could during the afternoon and then at 6pm, I made my way back home to Tanner Street to feed and recharge my own batteries. I returned to Park Street at 11pm, by which time it was getting increasingly cold. The late-night show delivered real drama and groundlings who stepped out from the crowd to vent their opinions were the real stars of the evening. I lasted until 12.30am when the batteries on the camera ran out.

30th Anniversary celebrations held during 2019 triggered a number of projects including Rally for the Rose, a new play about the events in 1989.  Premiered online on 21 November at 7:30 pm, Director and writer, Ben Prusiner weaved interviews from C20th Elizabethans including Harvey Sheldon, Julian Bowsher, Christina Skaife and myself with insight from C16th Elizabethans, including Edward Alleyn, Christopher Marlowe and Philip Henslowe. The play also uses verbatim accounts from my 1989 film, Save the Rose. Sir Ian McKellan and Dame Judy Dench  introduced the performance.

Full details for Rally of the Rose premiere can be found here. 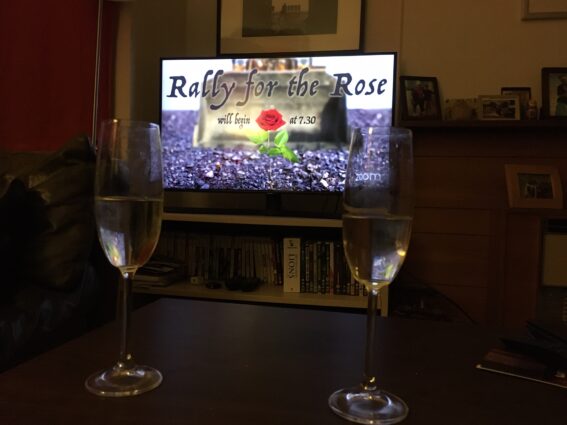 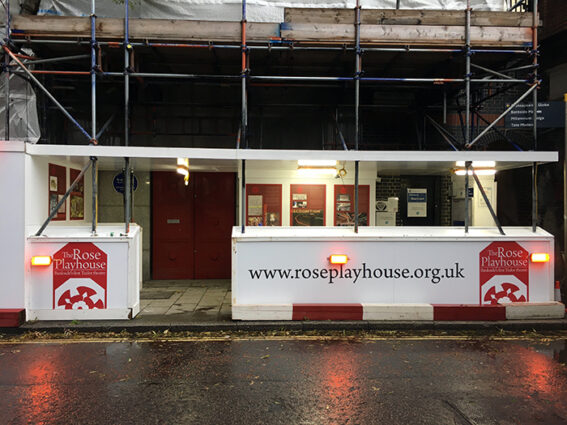 Pinterest
Filed under: London History, News and Events and Tagged: Rally for the Rose, Save the Rose
← Previous
We use cookies to improve your experience on this site. By viewing our pages you give us consent to use cookies.AcceptReject