It was a real pleasure to be a part of the Rose Theatre 30th Anniversary celebrations at Southwark Cathedral on 13th May. The evening kicked off with a number of speeches, including Harvey Sheldon, Chair of the Rose Theatre Trust, actors, Dame Janet Suzman, Michael Pennington, and Jonathan Livingstone. There were also contributions by Peter Jolly from Dulwich College, Rose Revealed architect, Nick Helm, and conservationist, Jane Siddell from English Heritage.

My wife Sarah and I joined the after drinks gathering and Rose Theatre campaigners were invited to sign my poster which I specially produced for the event. The Gala took place just one day short of the 30th Anniversary of the shooting of my film, Save The Rose on 14th May 1989. The poster will be archived at the Rose Playhouse and will hopefully find a place on display when the theatre site is eventually redeveloped. 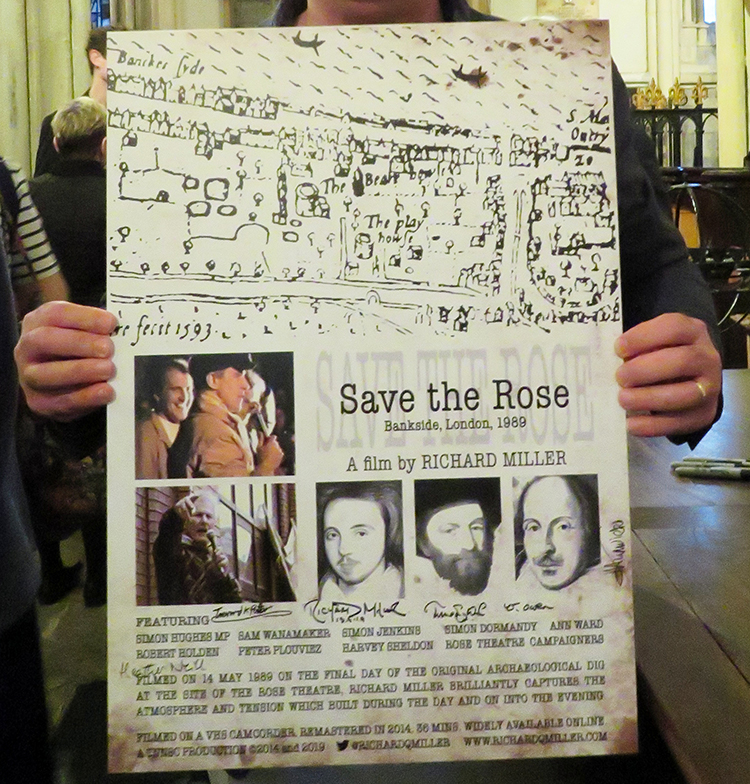 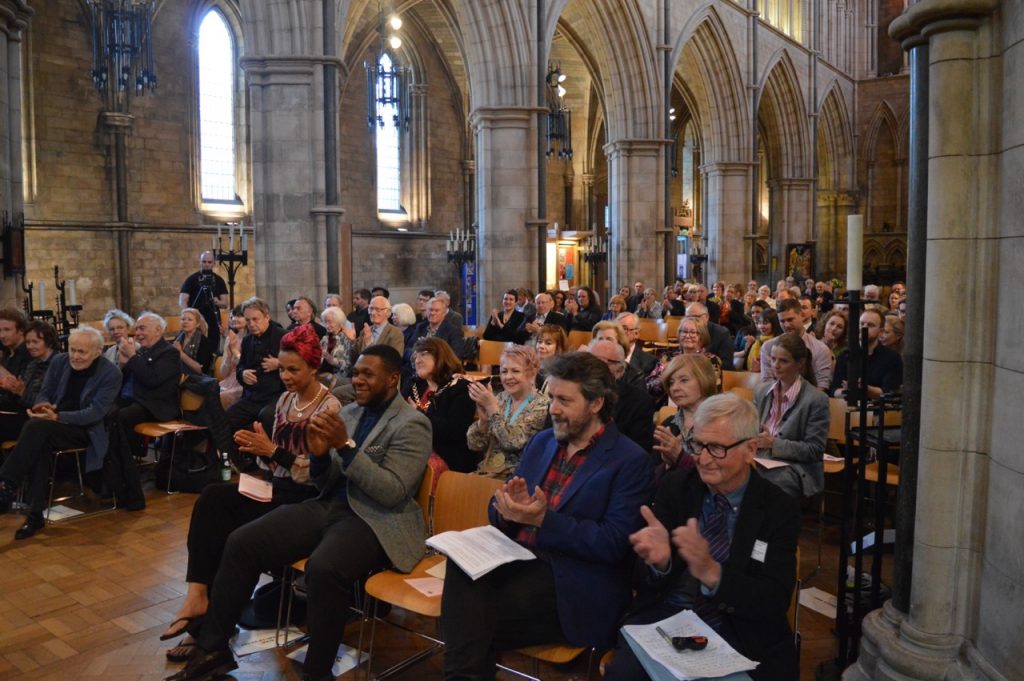 Pinterest
Filed under: London History, News and Events
← Previous Next →
We use cookies to improve your experience on this site. By viewing our pages you give us consent to use cookies.AcceptReject